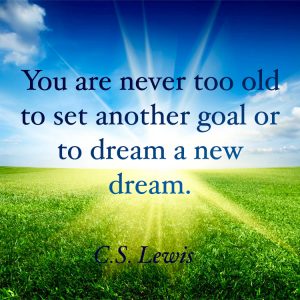 Have you ever thought?  “I wish I’d taken up martial arts when I was younger”

Have you ever thought?  “It’s too late for me to start now”

In my classes I’ve had people in their early 20’s tell me that they wish they’d started at an earlier age. To me that’s a very young age but I understand what they mean.

To be a top competitor or elite athlete it’s generally accepted that you must start at an early age. Although this is true in most cases there are many exceptions and a lot of late starters have made it to the top.

Perhaps you have left it too late to be an elite martial artist but you can’t wind the clock back. What you can do is take what you have now and improve on it. The physical and mental benefits of training in martial arts are well documented. Time will pass whether you train or not. In 5 years’ time with regular practice you could have accomplished a lot and be experiencing the many benefits of training, or on the other hand you could still be thinking “I wish I had taken up martial arts when I was younger”

Yes training is physically more difficult as we get older. Injuries take longer to heal and you’ll certainly feel the effects of your sessions. We’re no longer as fast or explosive as we once were. In spite of these things we can still get a lot of pleasure and satisfaction from making the most of what we have. Things like a longer concentration span as well as the greater patience and focus that come with age can be significant advantages when studying the more technical aspects and fine details of martial arts. You could eventually become the go to class expert in these matters.  It’s not all about jumping spin kicks and competitions.

No you may never become a world champion but look around a typical class and you’ll realise that it’s extremely unlikely anyone training there will, unless it’s an elite club. The value of martial arts training in my opinion is about becoming a better version of yourself and constantly striving to improve. It’s about becoming stronger physically and mentally by overcoming difficulties. It’s about releasing your ego and training for the enjoyment of it, the goal isn’t to beat your opponent. It’s about realising that when you “lose” in sparring you have been presented with an ideal opportunity to work out where you went wrong, reset and go again. In this way we learn and grow from the experience.

Physical reasons for feeling too old to start martial arts.

If you’ve not done any physical training for a long time you will have to break yourself in gently. Firstly ask your doctor and get their opinion as to whether you’re fit enough to start training. If you get the go ahead then approach your instructor and explain the situation. Any decent instructor will be happy to accommodate you and gradually introduce you to the exercises in class. When you do start don’t go into class trying to prove something, allow your body and mind time to adapt. It really is all about the journey and not the destination. You’ve just started a long term project, be patient.  Soon you’ll start to feel the physical and mental benefits of training. This is when you’ll realise what you have been missing.

Flexibility is a very individual thing. I’ve known people who have never trained at all who have been amazingly flexible. I’ve known others who have trained for many years and still struggle. If you are unlucky enough to be one of the latter group then you should focus on the direction you’re going rather than where you are now. Remember that slow progress is still progress. Flexibility is a long term project it will not happen overnight (another benefit of martial arts, Patience).

Mental reasons for feeling too old to start martial arts.

Both of the above are issues caused by the ego. Everyone in the class who has trained for any length of time will have slipped up many times and will empathise with you. Apart from this they are usually too busy with what they are doing to worry about your mistakes.

I remember visiting a class with an older student who struggled during the warm up. He stood to one side till he got his breath back and then joined in again. I personally respect this type of person a lot more than someone who won’t even give it a go.

Yet more ego problems. If a successful business person who is well respected at work joins a martial arts class they have to accept that their importance outside has no significance in the dojang. When they walk through the door they have to leave that person behind and that can be difficult. In the training environment they are beginners and have to start at the bottom. Respect has to be earned. It’s the same for everyone regardless of status outside. It’s also a great way to learn to let go of your ego. On a positive note starting from scratch is actually very liberating because you have a clean sheet. At work you may have many  responsibilities and problems to solve but as a beginner in the dojang you have no reputation to live up to, you are not responsible for running the dojang. All you have to do is follow instructions and enjoy yourself.

This is a classic example of a self defeating attitude. One of the major advantages of practicing martial arts is the positive “Can do” attitude it produces.

The majority of martial artists that I’ve met are very accommodating, welcoming and friendly. It’s much more likely that you’ll not only fit in but that you’ll make good friends and enjoy a great camaraderie with your fellow class mates.

I remember meeting an excellent judo player who was 62 at the time. He told me that his friends sometimes asked him why he didn’t retire at his age. He replied, “Because I might start to get old” The last I heard of him he was 78 and working towards his 8th dan.

In my opinion there’s no finer way to remain young at heart than to maintain passion for your chosen path.

The oldest woman to complete a marathon was Gladys Burrill from Hawaii, who was 92 years old. She ran her first marathon when she was 86.

Katsusuke Yanagisawa, a retired Japanese schoolteacher, climbed Mt. Everest when he was 71.

Paul Spangler completed his 14th marathon at the age of 92.

Teiichi Igarashi climbed Mt. Fuji when he was 99.

I  once knew a lady in her 80’s who had led a very inactive later life. She believed that everything could be cured by “A good rest”. In later life she had all the items required to get her through the day within easy reach of her chair so she would not have to get up. Eventually she reached a stage where any movement was an effort.  An NHS visitor advised her to visit a hospital physiotherapist. When she came back she had an illustrated list of exercises that she had been told to follow. When I looked through the list everything on it was a very diluted version of exercises we do in almost every warm up in class.

When you think of it this makes perfect sense. In martial arts we strive to increase strength, flexibility, aerobic ability and general mobility. All these are things that deteriorate with lack of use. I once saw a TV program where a geriatric consultant stated that he believed that the majority of ailments associated with ageing were in fact caused by lack of use and not the natural ageing process.

Mental health can also be enhanced by keeping the mind active, mixing with like minded people and exercising it. There is enough to learn and remember in martial arts to keep the mind very busy for a long time.

Both physically and mentally I’m a great believer in the “Use it or Lose it” concept.

If you give martial arts a try what’s the worst that could happen. You might find it’s not what you’re looking for but at least you’ll not be wondering anymore.

On the other hand you might open a new chapter in your life that you absolutely love.  Instead of sitting in front of the TV wondering which film to watch for the 4th time you could be training with friends, feeling fitter, stronger and happier than you have done for years. You’ll have a sense of purpose and a feeling of belonging to something worthwhile.

In the end we only regret the chances we didn’t take!!

Welcome to my Martial Arts blog. Why not grab yourself a cup of coffee and have a look around?